Seeing Beauty in Everything on the PCT

By The Cairn Project

Ambassador Haleigh Ehmsen spent part of her summer on the Pacific Crest Trail – now that she’s back in the front country, we caught up with Haleigh to hear more about her experience!

Haleigh! You recently hiked a long stretch of the PCT, your first time backpacking on the West Coast. If you had to sum up your experience on the PCT in one sentence, what would it be?

Hiking 700 miles of the PCT was the most beautiful and most challenging thing I have ever done.

Can you tell us about your brightest moment on the trail, one of those times where all of the inspiration we can tap into on long backpacking trips was showing up for you?

I would have to say it was after my first solo stream crossing about a month into the hike. Beginning my hike in so much snow was incredibly challenging and somewhat discouraging. So initially being on the PCT was not at all what I expected, more mountaineering than hiking and I did not master the art of using an ice axe, if one can. I questioned myself a lot, wondering if I had made the right choice to leave my work and my home to live outdoors indefinitely. I was affirmed when we were coming out of Trout Lake, going north, and I was solo most of the day. It rained all day and I kept moving to stay warm. In the beginning of the hike, in so much snow, I stuck close to my hiking companions, but we had spread out a little more once the trail became more navigable. I was moving quick that day until I came across a stream that was swelling in the rain. There was no clear way across it and I considered waiting for my pals to catch up. I grew impatient and knew I would get cold waiting, so I crossed using my trekking poles for balance and moving slowly and deliberately against the current. On the other side I looked back across and felt so proud for having done it all by myself. All of my anxiety subsided for a day, as I realized that I could keep going, that I was right where I was meant to be.

What was the most surprising thing about your time out West?

I think the laid-back culture of the west coast surprised and impacted me the most. The willingness of strangers to pick us up and drive us 20+ miles into town, the trail angels who provided fresh fruit and beer, the amazing woman I met in Washington who welcomed me into her family for a couple of days, these were some of the greatest blessings of being on the trail.

I appreciated people’s openness to difference and willingness to listen to my stories and my experiences. It is impossible to hike the PCT totally alone. You have to depend on the kindness of strangers to help with resupply packages, rides, lodging, and more. All the generosity I received while on trail has inspired me to think about ways I can give back in the hiking community and beyond.

You ended up deciding to change your plans and say “mission accomplished” earlier than planned. Can you share how you worked through your decision-making process, and why you ended up making the choice you did? What were the hardest and easiest part of the choice? And now that you’ve been home for a bit, any further reflections on it?

I originally thought I would hike the entire trail this year. As I neared the Canadian border, I wondered if it was really a good idea to keep pushing on. My body was incredibly sore and I was without a strong “tramily.” (Flip-flopping made it difficult to find community.) I kept hearing my grandpa’s voice, “Everything in moderation, Haleigh.” He first told me this after I ran my second half marathon, and repeated it often when I was dreaming about future races and goals, getting ahead of myself. He identified with my ambition, as he was an accomplished ultra runner, always seeking longer distance and more challenge. But it wore on his body, and I kept hearing his voice as I felt the pain in my hips, feet, and knees.

I took about a week off trail after arriving at the northern terminus in late July and met my sister in Portland. During that time, I tried to decide whether or not to go back to the trail. Resting my body felt so good, so needed. And it was easy to sleep indoors, but hard not to walk all day. I missed the time to reflect, to be free, far from the conventions of our culture. Ultimately, I knew that I had more marathon aspirations and fitness goals that I might not be able to accomplish if I kept pushing my body this way. My back pain was flaring up from a car accident I’d been months before, my emotions were all over the place, and I needed to ground myself at home in the midwest. I don’t regret it now — ending my hike at 700 miles was absolutely the best choice for me. I moved to Chicago about a month ago, into an apartment with my sister. Although I miss the beauty of the mountains, I know I’m right where I’m supposed to be for now. 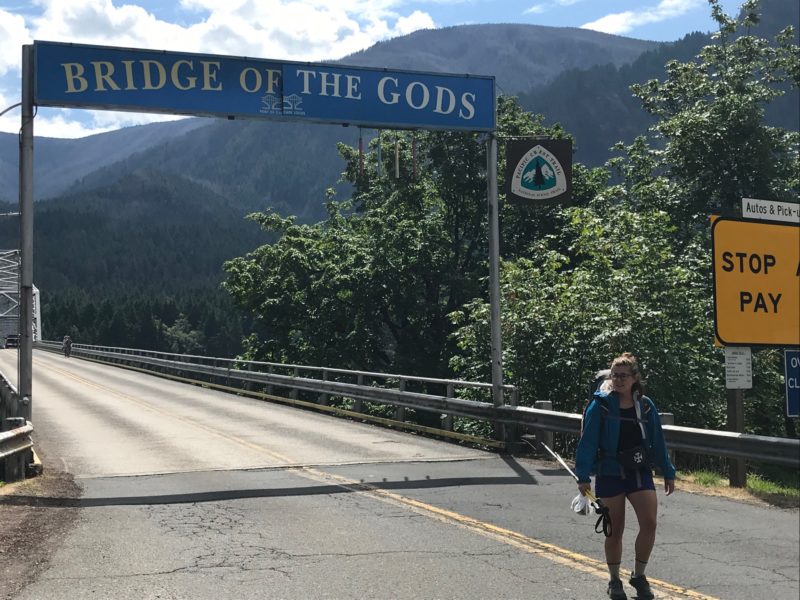 The Cairn Project’s mission is rooted in the notion that outdoor adventure can be a source of important growth and learning for girls – and for us women, too! In light of your time on the PCT, what resonates with you about that perspective?

I was raised by strong women, attended a women’s college, and then worked at a women’s college for three years, so empowering young women is a cause that I believe in deeply. Empowering women and girls in the outdoors is incredibly important, as long trails and outdoor spaces are often male-dominated. I remember many people asking if I was hiking solo, like they couldn’t believe that a woman would be out on the trail on her own, as if I should be accompanied by someone. And while sharing moments in the outdoors with others is incredibly meaningful, women shouldn’t be questioned for their desire or ability to explore the backcountry. I believe telling stories about my experience on trail, and not just the happy ones, is incredibly important. I will always encourage and support outdoor adventures for girls, because of the confidence and deeper understanding I’ve gained about myself and my purpose. 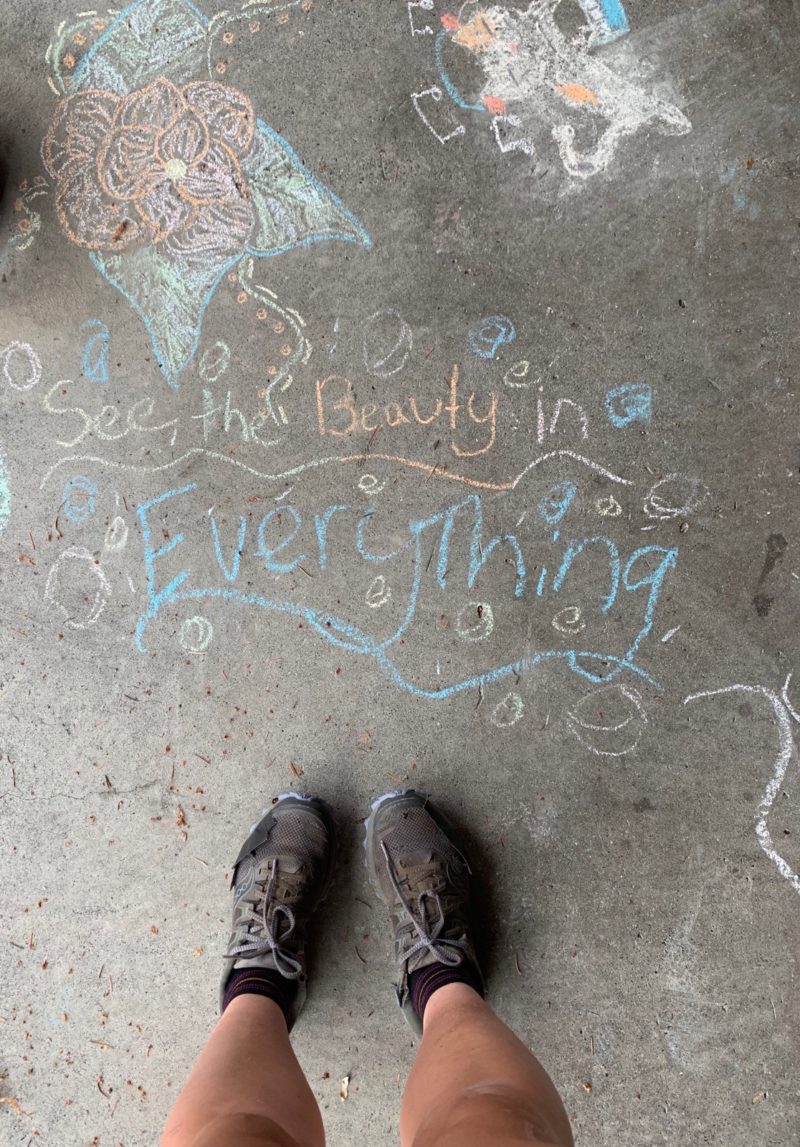