By The Cairn Project

“I realized that the joy of the trail was sharing it with fellow hikers, and when there was so much less of that, it was less fun and less meaningful to me.”

Leah! You hiked a section of the Continental Divide Trail this spring. Tell us a little bit about why you decided to set out on that adventure.

I’d been dreaming of thru hiking for a long time and decided to take time off of school and make it happen this year. The idea of being so self-sufficient in remote, wild, and (for me) novel places was extremely exciting, and I wanted to explore the community of thru hikers that I’d only heard and read about previously. Unfortunately, I didn’t get to finish my thru hike and ended up completing half of the trail, but I learned a ton and my experience being slightly cut short only made me all the more excited to eventually finish this trail and hopefully thru hike some others with this experience in my back pocket. 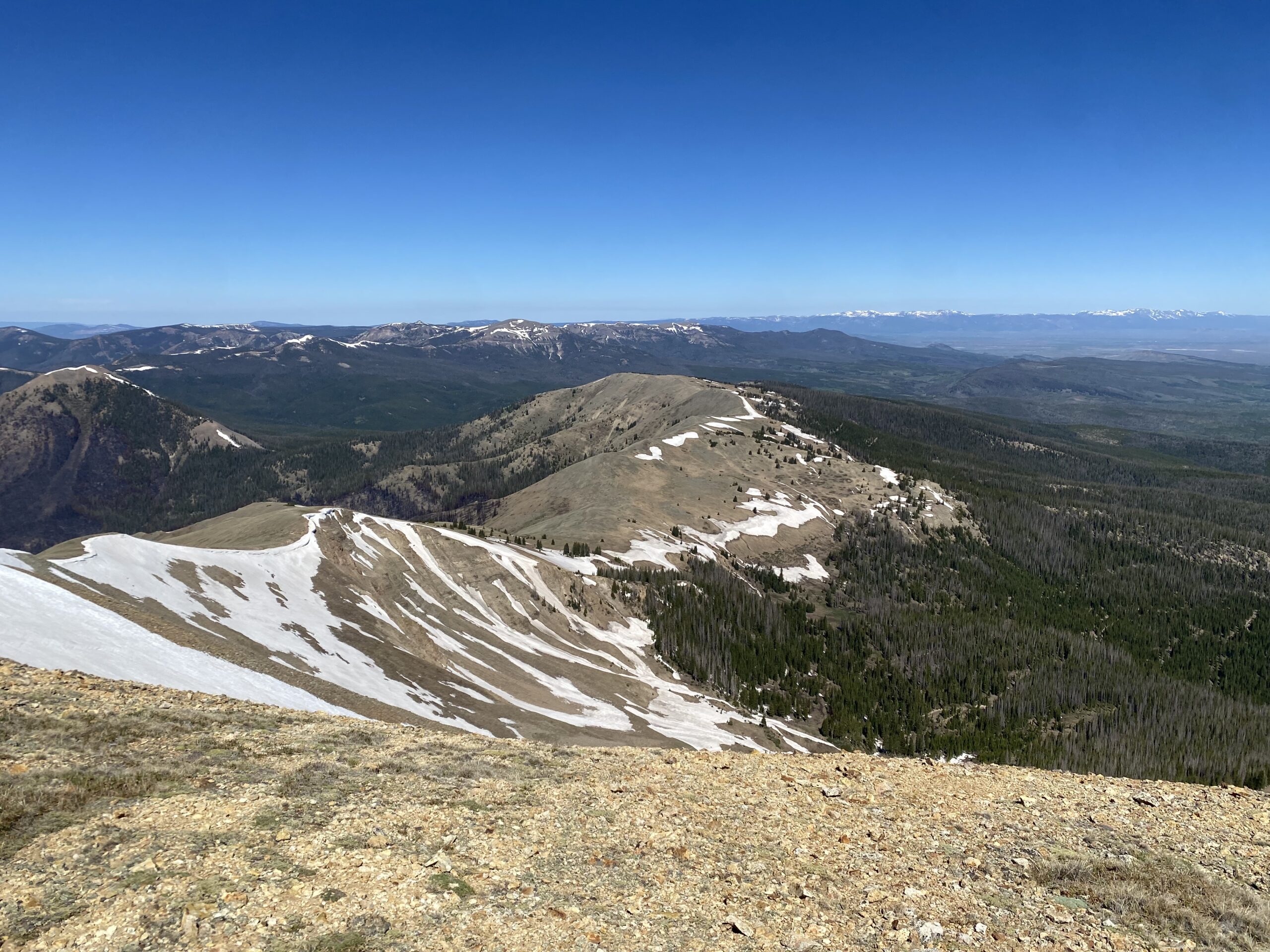 Can you tell us about your brightest moment on the trail, one of those times where all of the inspiration we can tap into on long backpacking trips was showing up for you?

Around the border of New Mexico and Colorado, I was hiking with two friends I’d made on trail. We’d run into some unexpected late season snow that was at times waist- and chest-deep (and we hadn’t yet shipped ourselves any snowshoes). With about two full days of hiking until we could get to the next town, we realized that we’d need to do alpine starts (waking up around 3:30am in order to be hiking by 4am) so that we could move quickly on hard-packed, frozen snow in the morning and avoid the thawed out afternoon snow. The wake ups were rather brutal, deflating our sleeping bags in cold darkness and shoveling down a frozen Clif bar or instant oatmeal in dry form. But, we were in it together, packed up our camp quickly, and began to hike by headlamp light, sometimes making small talk but mostly listening to (and seeing, since it was so cold) our own exhalations. The time passed at once quickly and slowly, and about two hours into hiking, the sun would begin to rise in the distance above a far-away mountain range. It would suddenly spill over the horizon, bleeding through the pine trees and flickering off the bright white, wind blown snow that was piled high everywhere, in some places blown into crests that were 10 or 20 feet high. These sunrises made it all worth it, and we absorbed them together, in quiet, unified appreciation of spectacular beauty in cold, thin air. We pressed on as the world came to life in the light, and we’d take a lunch break around midday already having hiked 20 or more miles because of our early start. We were so excited by the miles we were putting down, and we continued to hike until the silliness of the first few postholes (falling into the snow because it would not bear our weight) became utter frustration at not gaining any progress despite extreme effort.

These days were quintessential moments on trail for me; it was hard and brutal but so rewarding and staggeringly beautiful, and every emotion I had was shared, quietly or aloud, with friends who made the lows less low and the highs more high.

You ended up deciding to leave the trail earlier than planned. Can you share how you worked through your decision-making process, and why you ended up making the choice you did? And now that you’ve been home for a bit, any further reflections on it?

The snow was still quite deep in most of Colorado when I arrived in mid-May, much too deep to reasonably travel the 25-30 miles a day that I had to hike in order to finish the CDT by September to head back to school. Because of this, a few friends and I ended up doing some “flip-flopping,” and hitchhiked north in order to hike south in less snowy parts to reconnect with where we’d left off. We at first had good luck with finding less snowy sections of the trail, but eventually we still ran into more snow, and by that point, we were very separated from the main bubble of hikers, which meant we felt pretty alone. The loneliness was both an emotional and physical reality; we had fewer people to lean on in harder moments and to share the ups and downs of the trail with, but just as difficult (at least for me) was realizing we were simply less safe for being hundreds of miles from the nearest other hikers. The snow creates intimidating risk factors, and other hikers had had incidents in which they were only able to make it to safety due to the presence of nearby hikers. I really struggled with this decrease in the margin for any error/injury while hiking. I’d like to say, though, that I was carrying a Garmin InReach and in reality, would’ve been able to press its “SOS” button if anything had happened. However, it felt way less than ideal that that could’ve been my only option. In a lot of cases, having others around can mitigate the risk of more minor injuries – a friend can help you to a trailhead with a sprained ankle or broken arm, or can check in with you if you’re having an allergic reaction or infection of some sort. When the only options were either to deal with anything myself or press the “SOS” button, I was apprehensive about feeling so reliant on a technology that is really meant for worst-case scenarios.

I eventually realized that to finish on time, I’d be hiking away from the bubble of hikers for the majority of the trail, and given the fact that I was hiking solo, that didn’t feel good to me safety-wise. I realized that the joy of the trail was sharing it with fellow hikers, and when there was so much less of that, it was less fun and less meaningful to me.

Now that I’ve been home for a bit, I feel good about my decision. I think I made the right call for myself, but the realization that I’ve had going forward is that thru hiking is not a race (at least for most of us who aren’t trying to set FKTs!), and it will only put extra stress on your hike if you set out knowing there is a date you must finish by. I hope to be able to do more open-ended thru hikes in the future.

Tell us about a lesson that you’re carrying forward with you from the CDT.

I’m carrying forward a stronger ability to trust myself and my instincts. There were a couple times when I made the decision to re-route, turn around, or (in the end) fully stop hiking due to safety concerns, and I never regretted those decisions even though they were sometimes hard to make. In another sense, I realized that I had to trust feelings that kept recurring as I hiked in and out of trail towns. I kept plowing through towns because I felt so rushed by having a set end date, even though the friends I was making in towns were what was making the trail feel so magical and meaningful. It took me maybe three separate experiences of leaving town ahead of friends to realize that what would make me happiest and most satisfied would be to stick with friends whenever possible. 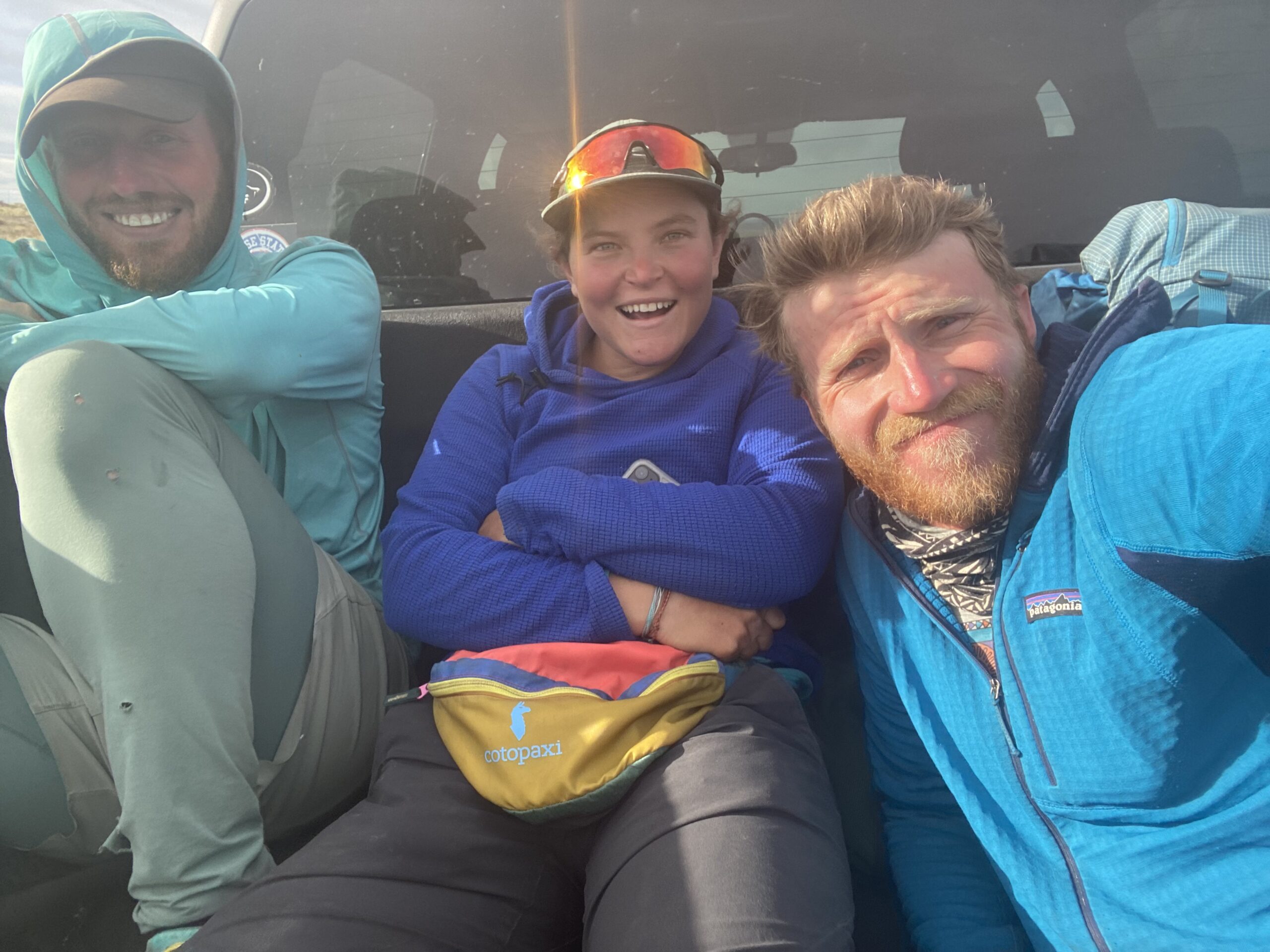 What’s next for you in life and adventure?

I’m going back to college this fall to continue working on a degree in ecology and evolutionary biology. I’m excited to get back into the swing of things academically; seeing over 1,000 miles of the CDT meant that I saw incredibly diverse ecosystems and got to appreciate the ways in which towns and civilization interact, intertwine, and overlap with remote wildernesses. I think my approach toward this academic path has been refined and heightened by my time on the CDT.

Adventure-wise, I just bought a used whitewater kayak that I’m really psyched to spend a lot of time in. I’m hoping to get a lot of climbing, biking, and running in this year, and I’m plotting some AT section hikes and an eventual PCT thru hike, as well as section hikes to finish the CDT.

As an Ambassador to The Cairn Project, you’re joining a team of women who are catalyzing their outdoor passion into a force that passes this opportunity on to the next generation. How and when did your connection to the outdoors blossom, and who were the people in your life who helped to make that happen?

I was fortunate to be exposed to day hiking and kayaking by my parents when I was pretty little. After that, I sought out outdoorsy friends and school programs that would enable me to be outside more. My parents not only took me hiking in places like the White Mountains and Shawangunks, but they also encouraged me to find adventure closer to our home in Baltimore which showed me that I didn’t need to be in “destination” wildernesses in order to find adventures outdoors.

I also had an amazing teacher in high school who led a research program to the Canadian subarctic of Churchill, Manitoba. We would camp in a super remote national park in order to conduct research on the permafrost, and during the days we’d hike away from our fenced-in camp (fenced in from polar bears!) to different field sites. Along the way, we’d see polar bears, arctic foxes, and caribou that had probably never seen humans before. It was an utterly wild experience, and it was the first time I realized that my passions for spending time outside and traveling self-sufficiently could be combined with my love of science and academic discovery. 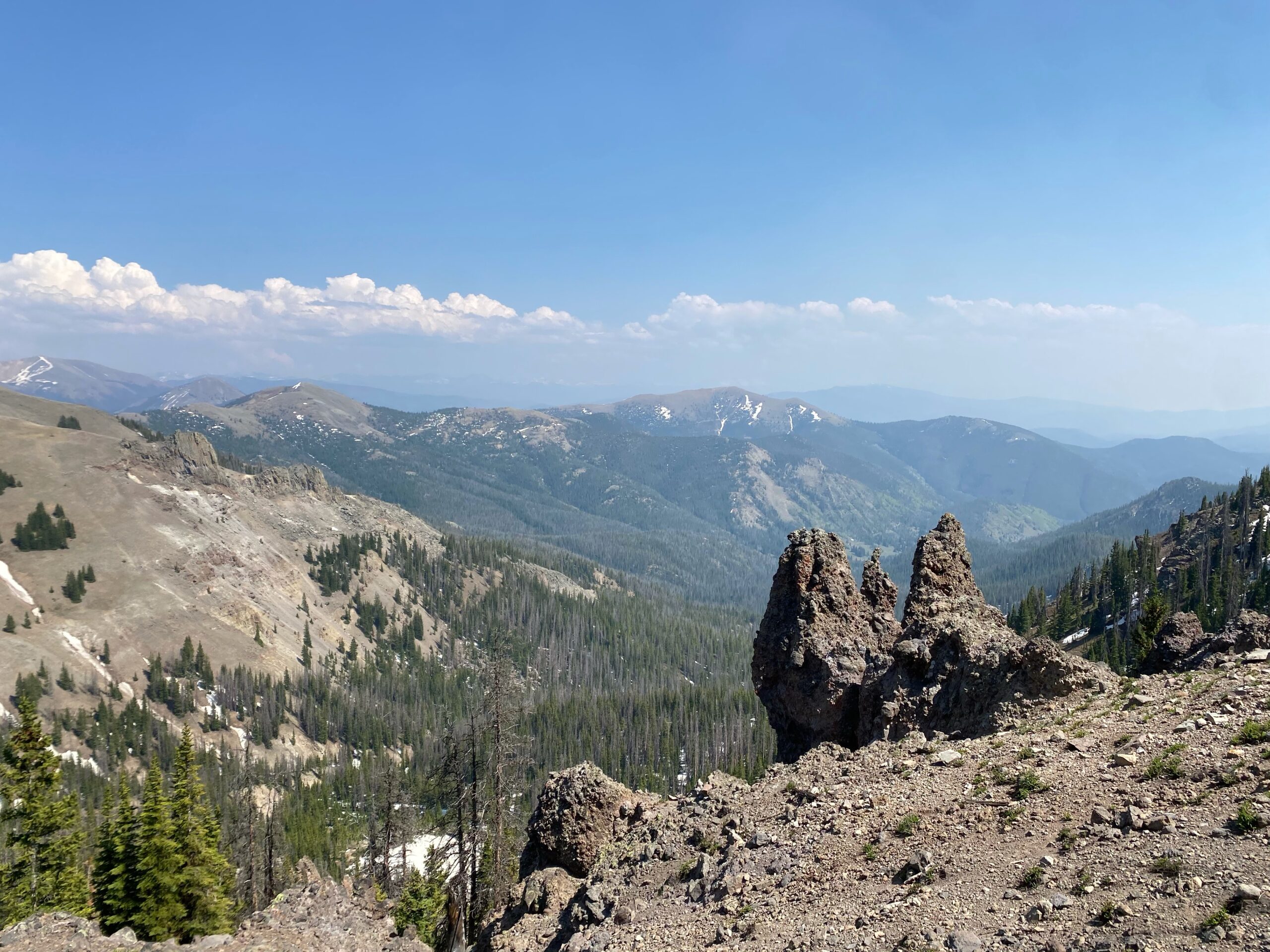